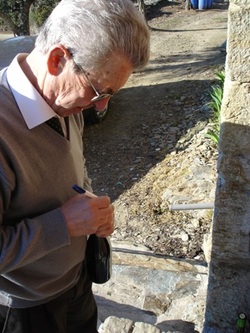 At an age when many others would have retired, António Ferreira, at the young age of 79, has the wisdom, experience and gray hair appropriate to a Patron. Among many of his feats, he was in charge of making Port wine at Quinta de Ventozelo for over 10 years as a member of the Board of Directors of Quintas do Roncão, Ventozelo and Macedos.

His grandson Hugo truly appreciates his enthusiasm and support in the development of the “PINALTA” project. For his part, António, is pleased to see that his entrepreneurial spirit and desire to do more will continue in a younger generation. Still active with regard to harvesting and winemaking and with his firm hand in leading the Pinalta, it is ensured that the vineyards and the winery will continue to be managed in truth and ahead during many harvests. 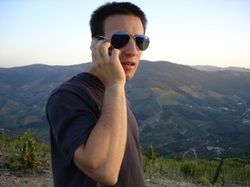 Our fourth generation General Manager, Hugo Guimarães, is a proven leader and a “stick to the whole job” (Thank God, there is always something that will break down during the harvest, including his old Austin Mini). Hugo has always been fascinated by machines and remains an enthusiast for railways until today. Naturally, he studied Mechatronics Engineering, founded and chaired the Portuguese Mechatronics Association. An interested student, loves all the media … as well as red meat … and red wine!

The other side of this young man is the one who loves to be alone at Quinta no Douro, away from the stress and noise of city life … simply enjoying nature. Here he is able to appreciate nature, his girlfriend and his beautiful daughter, and contemplate his future life as a family man while developing a small brand dedicated to the production of high quality wines. 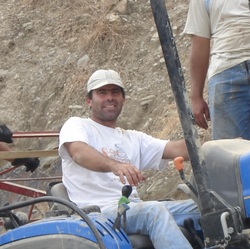 The Responsible for the Vineyard

Our man on the ground, Mr. Fernando Torres, belongs to a new generation of winegrowers who know how to reconcile the knowledge of their ancestors with new scientific methods and new technologies in the vineyard.

Mr. Fernando Torres also receives guidelines from the regulatory institutions of the Douro, Agricultural Engineers and, since 2011, from our Winemaker. Permanently on the ground, Fernando, is constantly attentive to the vineyard and ready to intervene in case of possible attacks by pests or diseases. 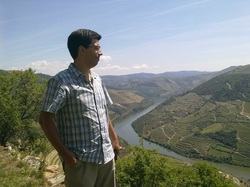 As part of the team in 2011, Hugo de Oliveira e Silva, graduated in Chemistry (2001), carried out a project in chemistry and wine analysis, through the development of a new rapid method of quantification of tartaric acid in table, fortified and wines.

Master in Chemistry (2004), studied the degradation and elimination of pesticides during the vinification of white wine. This was the first job as a winemaker, working in the Vinho Verde region.

Trainer and teacher in several areas of Chemistry and Oenology (2006 – present), in vocational schools and advanced courses.
Post-Graduation in Enology (2009), studying and carrying out various aspects of wine production and viticulture, also starting in marketing domains.
Hugo later resumed his winemaking career, working in several wine regions: Argentina (Mendoza, 2008); Douro region (2008 – 2010) and Alentejo (2009). Hugo experienced all kinds of tasks related to wine production, working as a laboratory technician, winery worker, maturation control and as an oenologist.
Since 2010, Hugo is also a doctoral student at the University of Porto (Viticulture branch), carrying out work on production control techniques and improving grape quality, working in the Bairrada region.
Hugo works as a winegrower and oenologist at HS Vinhos (created in 2010), collaborating as producers in the Douro and Beira Interior regions.

Go to the Shop

Have a look at our variety of wines and discover their different properties.

This website uses cookies to improve your experience while you navigate through the website. Out of these, the cookies that are categorized as necessary are stored on your browser as they are essential for the working of basic functionalities of the website. We also use third-party cookies that help us analyze and understand how you use this website. These cookies will be stored in your browser only with your consent. You also have the option to opt-out of these cookies. But opting out of some of these cookies may affect your browsing experience.
Necessary Always Enabled
Necessary cookies are absolutely essential for the website to function properly. This category only includes cookies that ensures basic functionalities and security features of the website. These cookies do not store any personal information.
Non-necessary
Any cookies that may not be particularly necessary for the website to function and is used specifically to collect user personal data via analytics, ads, other embedded contents are termed as non-necessary cookies. It is mandatory to procure user consent prior to running these cookies on your website.
SAVE & ACCEPT